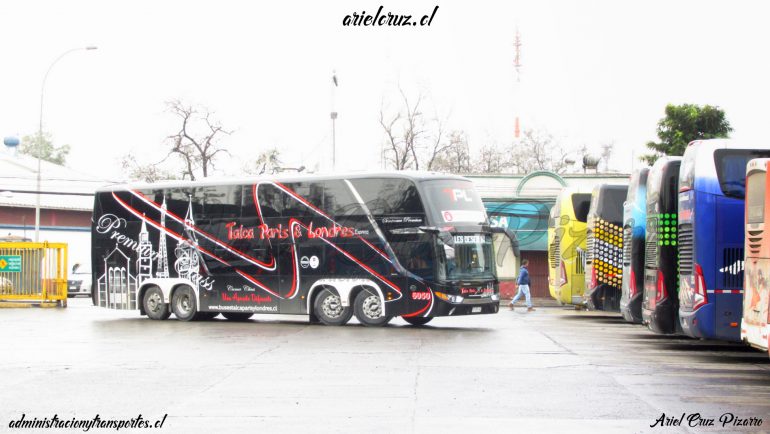 Bus terminals in Santiago, where does your bus leave?

If you need a hand to plan your trip through Chile through the buses, here is a mini guide with the bus terminals in Santiago, what kind of destinations you will find and some tips for each one, in summary form.

Bus terminals in Santiago, how many are there and what are there?

At first it may be a little tangled, but I’m going to try to explain it as simply as possible.

The Pajaritos terminal is located at the Metro station of the same name (Line 1). It is the first terminal that you will know if you come from the airport, buses and transfers usually pass through this area.

This terminal is used for travel:

This terminal is literally next to the metro station. You can buy your tickets at the ticket office at the station. On the side of General Oscar Bonilla, buses arrive from the coast or from the airport. Meanwhile, on the side of Route 68 enter the buses that depart from Santiago to somewhere else.

This terminal is very convenient to use it to go to the coast or the airport. As it is the last stop before leaving Santiago, you can delay less on your trip (although, in return, the bus will already come with occupied seats). The terminal is relatively secure.

This terminal is located in Metro Universidad de Santiago, in fact there is a direct underground connection to the Metro station. It is the main venue of the company Tur Bus together with its subsidiaries or subsidiaries.

A portion of the terminal is used by pullman busses Costa Central and Pullman del Sur.

The Alameda terminal has several associated services: restaurants, hotel, a small shopping center, parking, shipping of encomiendas (Starken) and the access to the metro itself. It is quite useful and well guarded, can be considered a relatively safe enclosure.

With regard to the services you can find, we have routes:

It is the terminal that is next to the Alameda Terminal, literally crossing a street. It is very close to the Universidad de Santiago metro.

It is a terminal where almost all companies that travel from Santiago to somewhere in the south of the country operate. It also hosts most international services.

The South terminal or Santiago terminal (you can tell in both ways) is a fairly large enclosure, has many platforms and has some services such as commercial premises, change house, food yard. However, it is a much more neglected terminal and is not so safe (it has surveillance, but it is better not to trust yourself).

With regard to the services that you can find in the terminal, you have:

It is one of the most important and varied terminals in the city. It is located in Metro Estación Central, to get there you must connect from the train station and cross a long corridor of the shopping center (consider about 10 minutes hahaha).

Conceptually it is the “north terminal” in the sense that here you will find almost all buses that go to the north of the country, among other areas.

It is a small terminal that is in the center of Santiago, one block from the Entel Tower and the Palacio de La Moneda. Despite its location, it is extremely quiet.

Boarding points in the eastern sector

ETM is one of the few companies that has its own boarding point in Las Condes, specifically at Av. Presidente Riesco 6410.

The site is safe and quiet, although getting there by public transport can be tricky. It is designed for people in the eastern sector (which is more affluent).

The service to Valdivia operates every day, Puerto Montt usually works and Chiloé’s usually operates at some times of the year.

Southern company Prime Bus managed its own boarding point at the Athens Rotunda, specifically at Petrobras.

This company offers from here the route:

In case you need to arrive by public transport. It’s simple. You take the subway to Christopher Columbus station and from there you go up some mic that goes down this avenue (503, C06).

As a curious fact. The ticket is a little more expensive when leaving Las Condes and the same bus happens to take passengers in the South Terminal…

Jac, a subsidiary of Tur Bus, has a boarding point in a parking lot in Parque Araucano. This park is very close to Parque Arauco shopping center (does it ring a bell, right?).

The environment is safe, but it is quite dark and there is also not much public transport at the time the buses leave.

This company offers from here the service:

If you want to go to Santiago Airport with Centropuerto, the first stop of climb is in Metro Los Héroes (Line 1 / Line 2). It is located on the central side of the Alameda (Av. Libertador Bernardo O’Higgins). To get on the bus, you pay for it on top of the machine with cash.

In rigor, Pajaritos is an intermodal station and should be in this part… but here we mainly refer to places where there are combinations with rural services, there are almost never intercity services going to other cities.

This intermodal station is located on Metro Line 5 at Bellavista Station in Florida. This corresponds to the civic center of the commune of La Florida, a sector full of shops in one of the most populous communes in the city.

For the purposes of this article, it’s relevant because it can help you access some sites. You can combine with:

At this Station on Line 2 there is an intermodal station that can serve you to reach some nearby cities, mainly as a rural route.

This intermodal station is one of the oldest, it is also on Metro Line 2. For tourist purposes it does not have much relevance because it has urban services to workers’ neighborhoods or the Mall Plaza Oeste.

He once had services to Rancagua and other locations, but I don’t think so anymore.

This is not the first time that it has been about decentralizing the exits that are in Central Station. This intermodal was planned in Line 5 to serve the commune of Maipú, which had many intercity and rural services… but not much happened.

Here you will find:

It is not such an intermodal station, but it is a rural service terminal. The sector is not exactly very good or safe. As a positive thing, it is close to the Vega Central in case you want to know that market.

The rural services you see are:

This site is under construction. During 2020 – 2021 I will upload guide notes on transport, tourist destinations and panoramas to do in Chile. I recommend that you watch the YouTube channel to enjoy my trips.

A customizable modal perfect for newsletters.
Go to Appearance > Customize > Subscribe Pop-up to set this up.
More Stories 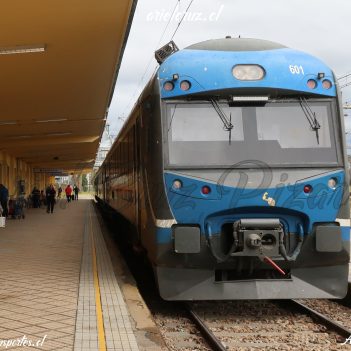